M Is for Mother by Edie Harper

Here at Fabulous Frames & Art, we are wishing all you moms and caretakers out there a happy Mother’s Day. In honor of the occasion, we present M Is for Mother, one of the many charming prints by Edie Harper, a wonderful artist whose limited-edition prints we carry in our five Cincinnati-area galleries. While we’re at it, let’s also take a look at Edie’s other prints and learn more about her distinguished career. 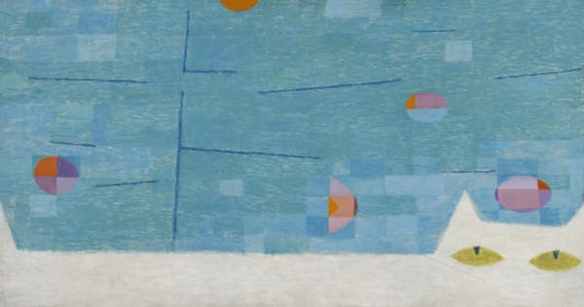 Under the Tree by Edie Harper 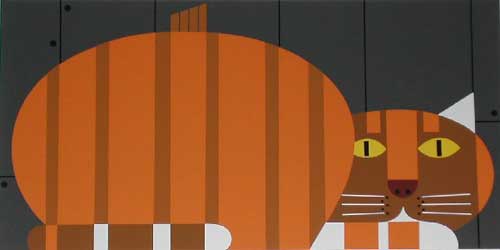 Edith Riley McKee was an only child born in 1922 in Kansas City, Kansas. A dreamy child, she moved with her parents to Liberty, Missouri, when her father chose to open a short-order restaurant. On trips to see relatives on their farms and small ranches in the Sand Hills of Nebraska, she developed a lifelong love for animals and the vast, lonely expanses of the Middle West.

The family moved again, to Cincinnati, in the 1930s when Edie’s father landed a position with Procter & Gamble. They lived in an apartment on Springfield Pike while Edie attended Wyoming High School (graduating in 1939), all the while creating art at a level beyond her actual years. The desire for formal art training burned in her heart. So in 1940 the respected Art Academy of Cincinnati welcomed Edie as one of its most eager new admissions.

On the first day of the program, on the steps of the administration building, Edie met an equally earnest young man from West Virginia, Charley Harper. In classes and conversations, she learned that he shared her admiration of painters such as Miro and Klee. They studied printmaking with the Stampers and were fortunate enough to spend a semester with legendary Josef Albers, visiting to teach his Color Theory course. For several years afterwards Albers sent Edie his hand-screened Christmas cards.

When Charley was drafted for service in World War II, Edie interrupted her classes to aid the war effort in a civilian capacity. She photographed hydro dams and cement test samples and processed the film in the lab for the Corps of Engineers. Later, she would receive critical acclaim for the black and white photographs she took with her 8 x 10 camera employing her own imaginative subject matter. This resulted in an exhibition at the Cincinnati Contemporary Art Center.

Soon after the war, Edie and Charley resumed their studies at the Academy. Following graduation in 1947, they embarked on a six-month camping honeymoon throughout America. Edie kept an illustrated journal. Every day they sketched and painted, occasionally the same natural setting, and compared the results.

Upon their return from the honeymoon, Edie and Charley maintained separate studios in the basement of Edie’s parents’ home in Roselawn. The young couple helped care for Edie’s father, who had multiple sclerosis, and were able to save Charley’s earnings from his day job at Schaten Studio. In 1953 Edie gave birth to their son, Brett, named after California photographer Brett Weston. Throughout the 1950s Edie continued painting, supplemented by a rich output of jewelry, contemporary photography, enameling, sculpture, and silkscreen prints. 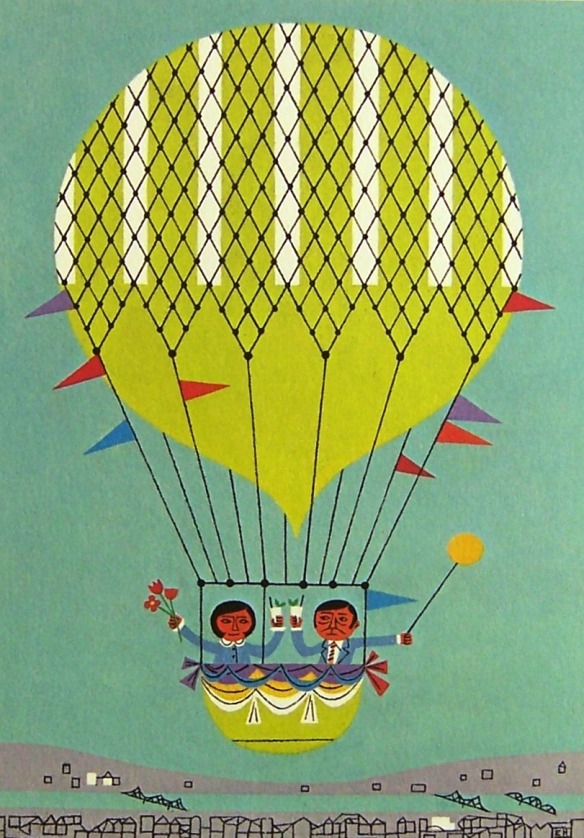 Over the Top by Edie Harper

In the 1960s Edie added weaving to the roster of media she had mastered. During this decade she converted to acrylic paint and completed a series of grid-centric images. Toward the end of the 1960s, Edie returned to explore an early, just-hinted-at interest in the design possibilities provided by stories from the Bible.

The Disciples by Edie Harper 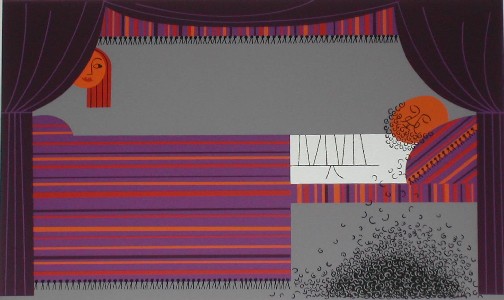 Samson and Delilah by Edie Harper

Cincinnati-based Fabulous Frames & Art is a family-owned business and the world’s largest dealer in the artwork of the Harper family, including Edie Harper, Charley Harper, and their son Brett Harper.